I WANNA DANCE WITH SOMEBODY 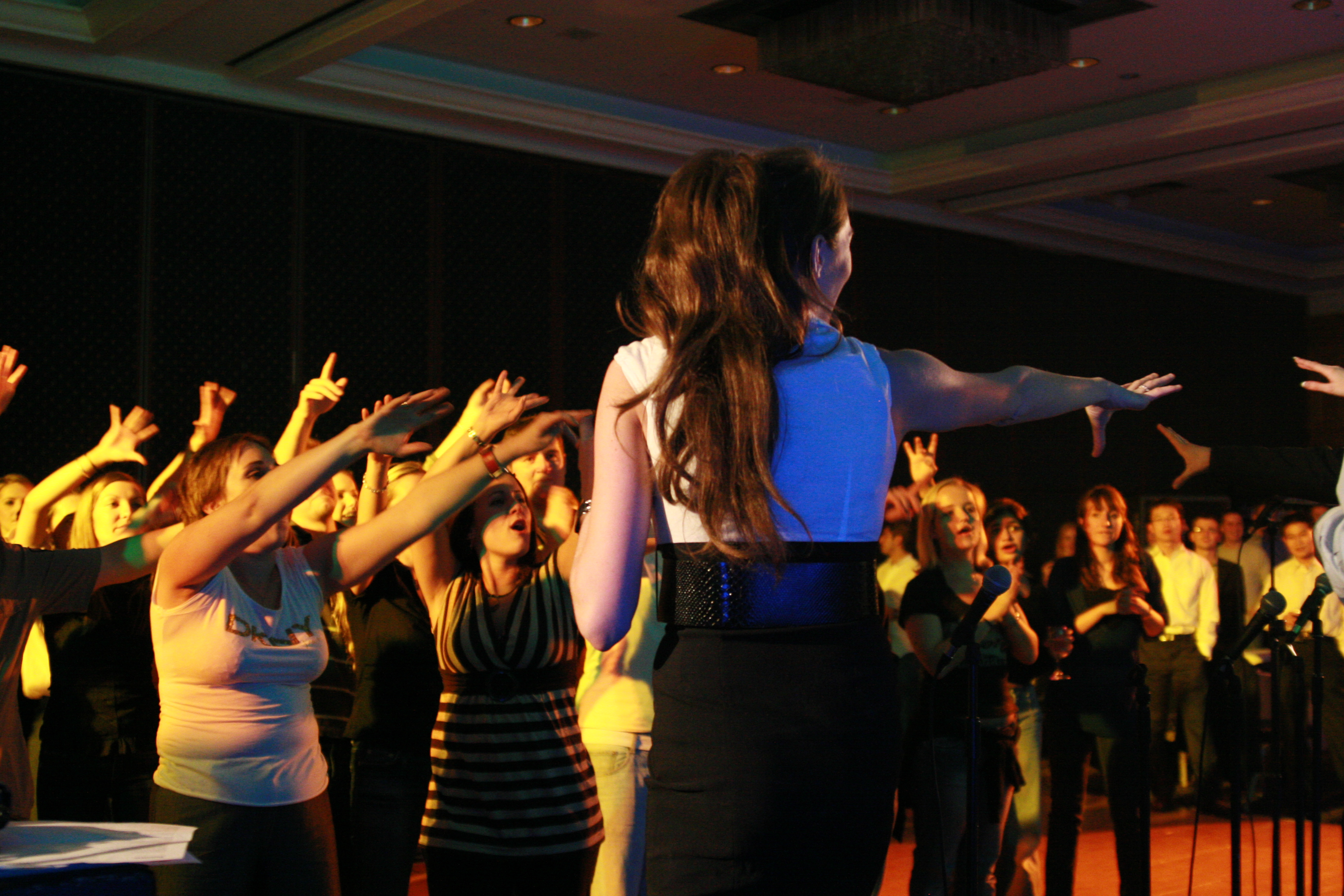 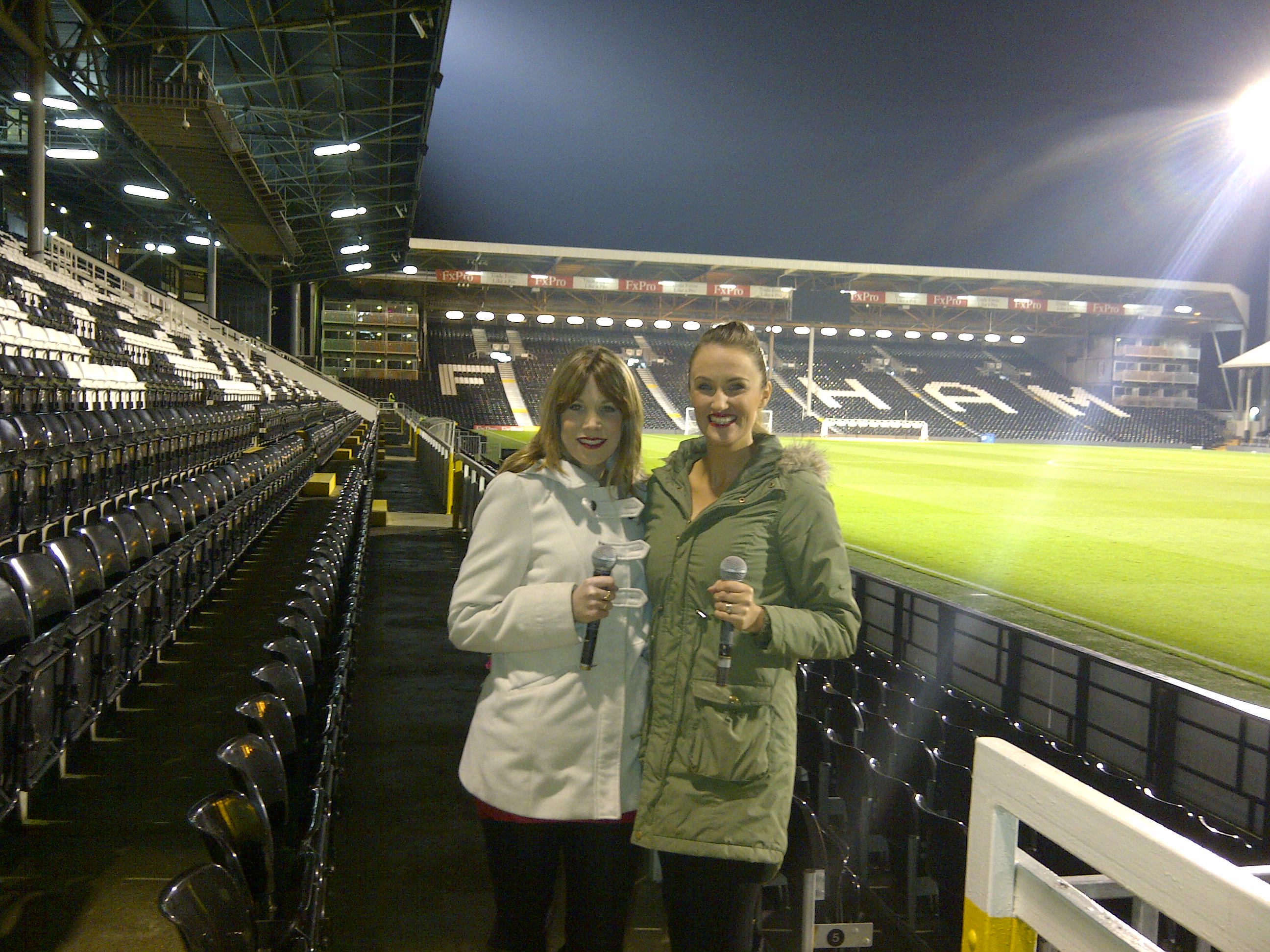 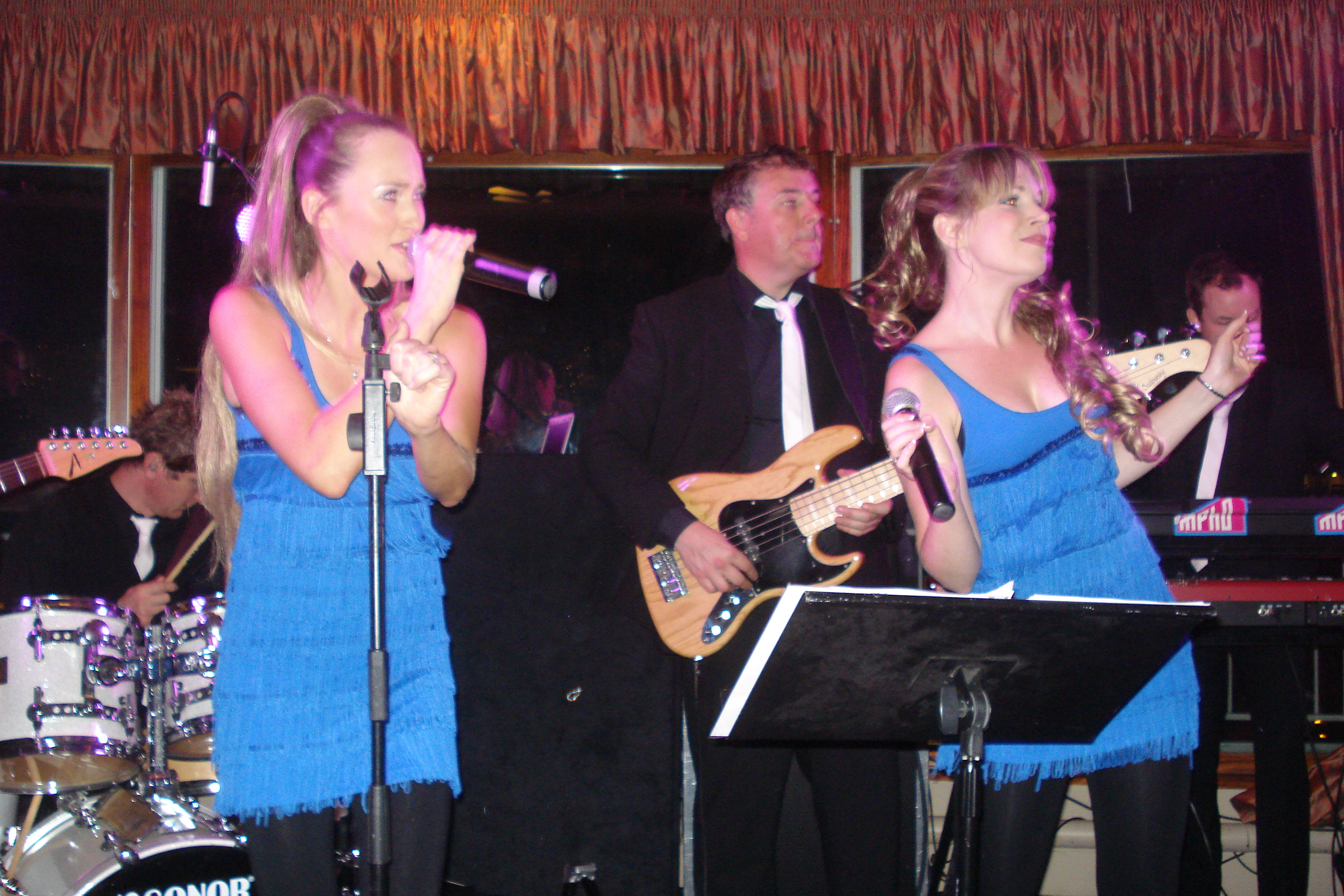 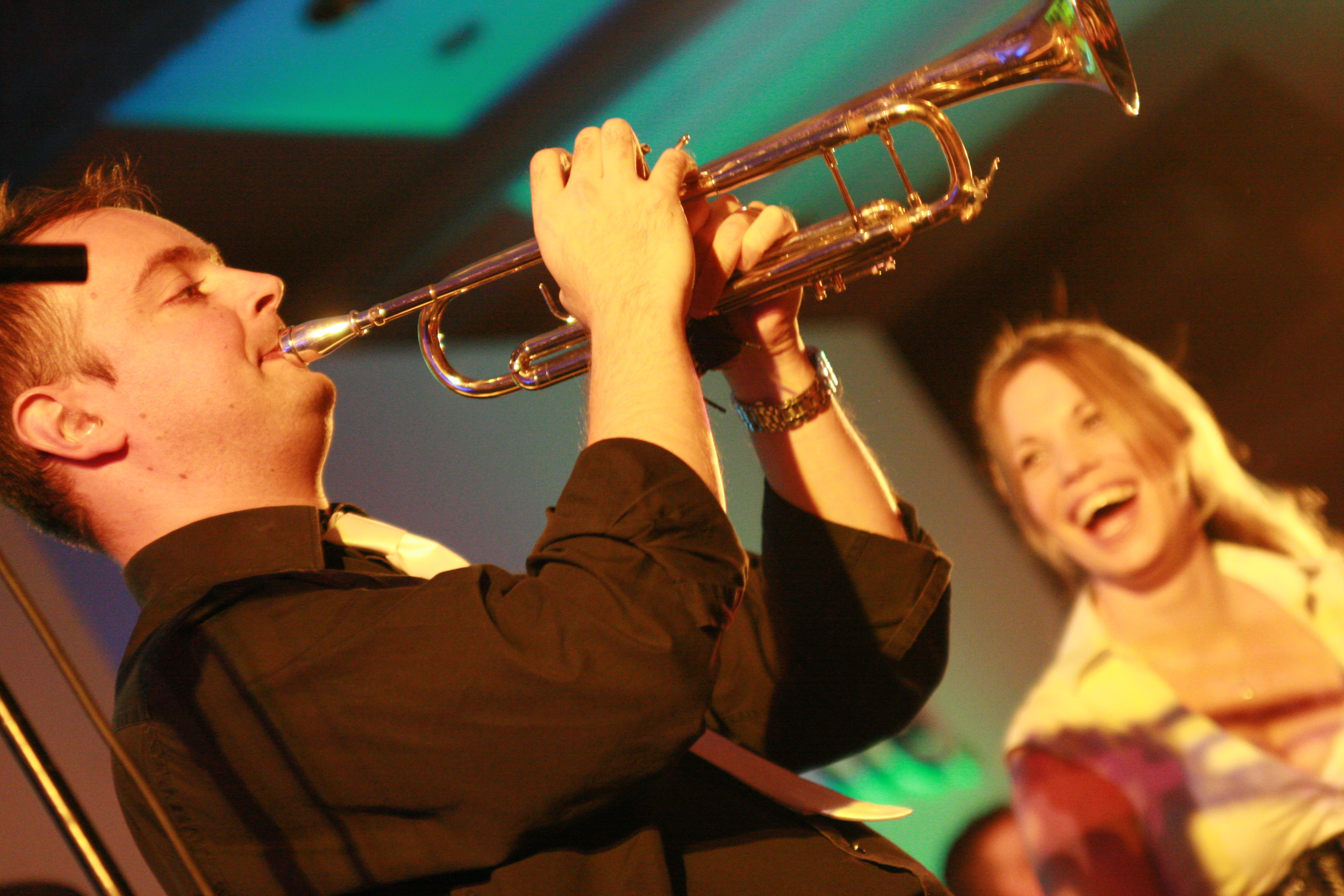 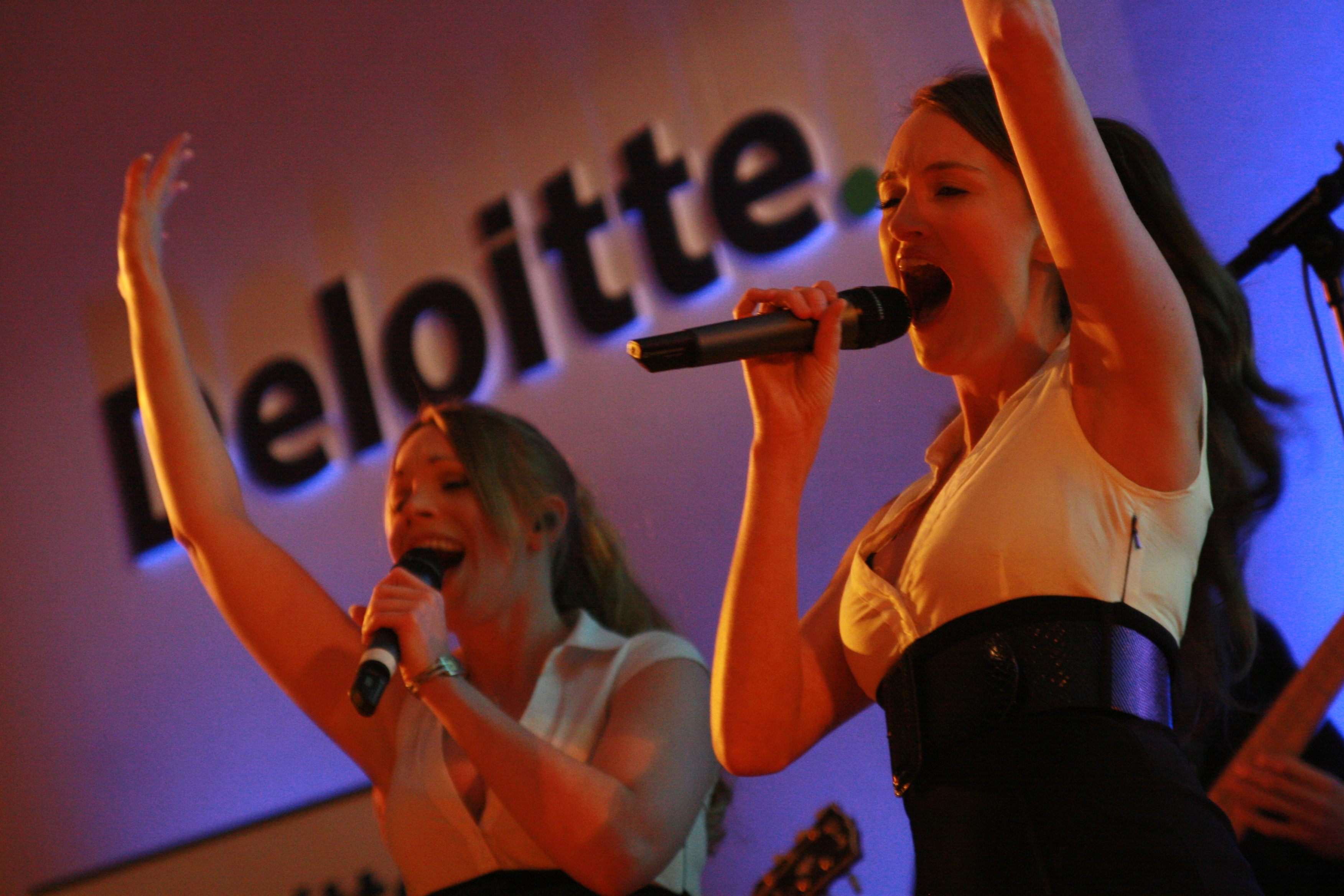 ARE YOU HAVING A PARTY?

Do you want fantastic live entertainment that will leave your guests wanting more? Then Sing Out Sisters Party is the right choice for you. If you’re looking for a band with lots of audience interaction that will bring your function alive and fill your dance floor then you’ve come to the right place. Their high quality, high energy show complete with costume changes and choreography will drive you and your guests onto the dance floor partying the night away to the best pop, soul and disco classics from the 60s right up to current day! What’s more, they can perform as a duo to professionally recorded backing tracks or with a live band so you can choose the line-up to suit your budget and space. With over 10 years experience your event is most definitely in safe hands so let the Sing Out Sisters wow you and your guests and create a night to remember. Show Length: 1 x 1 hour or 2 x 45 minutes Show Line-Up: available as a female duo to pre recorded backing tracks or as a female duo with live band (6- 8 piece). Contact us now for availability and prices. ‘Sing Out Sisters’ have been performing together for over a decade and have earned the reputation as some of the busiest and most professional singers on the UK circuit! They are no strangers to the world of entertainment and over the recent years this highly trained, professional team have worked with some of the UK’s top function bands, performed in numerous West End Musicals including Mamma Mia, Cats, Les Miserables, Fame, Grease, Evita, Oliver, Billy Elliot and Blood Brothers. The team have also performed on major cruise lines such as Royal Caribbean, Celebrity, Holland America, Fred Olson, P & O, Carnival and Princess. In addition, they have appeared in TV shows, films, commercials and their voices can often be heard on TV and radio adverts as well as performing backing vocals for well know recording artists & bands. The team have quite a CV! The Sing Out Sisters musicians have worked with the likes of Take That, Lady Gaga, Pixie Lott, Alexandra Burke, Liam Payne (One Direction), Massive Attack, Beverley Knight, Lemar, Sophie Ellis-Bextor, James Taylor Quartet, Status Quo, Jocelyn Brown, Hot Chocolate, Alison Limmerick, Angie Stone, Nathan Moore (Brother Beyond), Antony Costa (Blue) and The Feeling to name just a few! As well as providing live entertainment for well-known personalities including none of than the British Prime Minister, Sing Out Sisters have performed at private parties, weddings, Jewish functions, corporate events including award ceremonies and product launches, golf clubs, casinos, clubs & restaurants. . .the list is endless. They also have an impressive list of venues & clients. Take a look below:- Hotels – Claridges, The Dorchester, The Savoy, The Ritz, Coworth House, The Langham, Renaissance Chancery Court, Carlton Towers, Luton Hoo, Sopwell House, The Grand Brighton, Hotel Suvretta St Moritz, The Oberoi New Delhi, Four Seasons Group, Hilton Hotels, Holiday Inn Hotels, Village Hotels, Best Western Hotels, Hastings Hotels, Four Pillars Hotels, Warner Leisure Hotels, Q Hotels, Whittlebury Hall Hotel Corporate clients – National Express, Bentley, David Lloyd, Swiss Air, Vodaphone, RBS, Swiss Bankers, John Lewis, Ikea, G4S, Waitrose, Thomson, ITV4, Sea Dream Yacht Club Venues – Café de Paris, Pizza Express Restaurants, Madame Tussauds, The Natural History Museum, Brands Hatch, Newbury Racecourse, Ascot Racecourse, Donington Park, Mall of The Emirates – Dubai , The British Club – Bahrain, Event City, Centre Parcs, Mark’s Club – Mayfair, Birmingham FC, Fulham FC, Millwall FC, Crystal Palace FC, Basel FC, Grand Casino Baden, Rendezvous Casinos Events & Charities – Henley Regatta, Oxford and Cambridge Boat Race, Kick It Out, Caron Keating Foundation

ABSOLUTELY AMAZING PERFORMANCE
“I just wanted to say a HUGE thank you for the absolutely amazing performance you put on for my party! I couldn’t have wished it to have been any better!!! I can honestly say it was like a dream!!!! I loved every second – and the feedback I had from the partygoers was also amazing – everyone loved you!!!! It has taken me a week to properly recover – but it was totally worth it!!! Thank you so very much for everything!!”
40TH BIRTHDAY, CHIPPERFIELD

OUTSTANDING QUALITY
“Well what a decision booking the Sing Out Sisters for our Ladis’ Festival. The show was wonderful, high energy, professional and outstanding quality. I speak for everybody when I say we were blown away by the stunning performance. Nothing but fantastic feedback from all our guests. To sum up in three words – First Class Entertainment.”
PRIVATE PARTY, HERTFORDSHIRE

BRILLIANT!
“I just wanted to drop you a line to say thanks for Saturday night. As usual you were brilliant and everyone was raving about the performance!! You never let anyone down and we had so many people telling us how great you were. You were good value at twice the price!!”
THOMPSON REUNION, THE BRIGHTON GRAND HOTEL