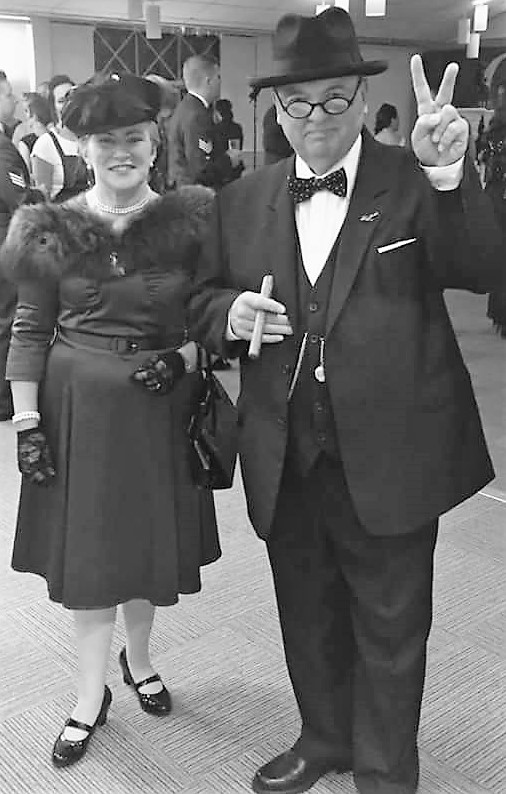 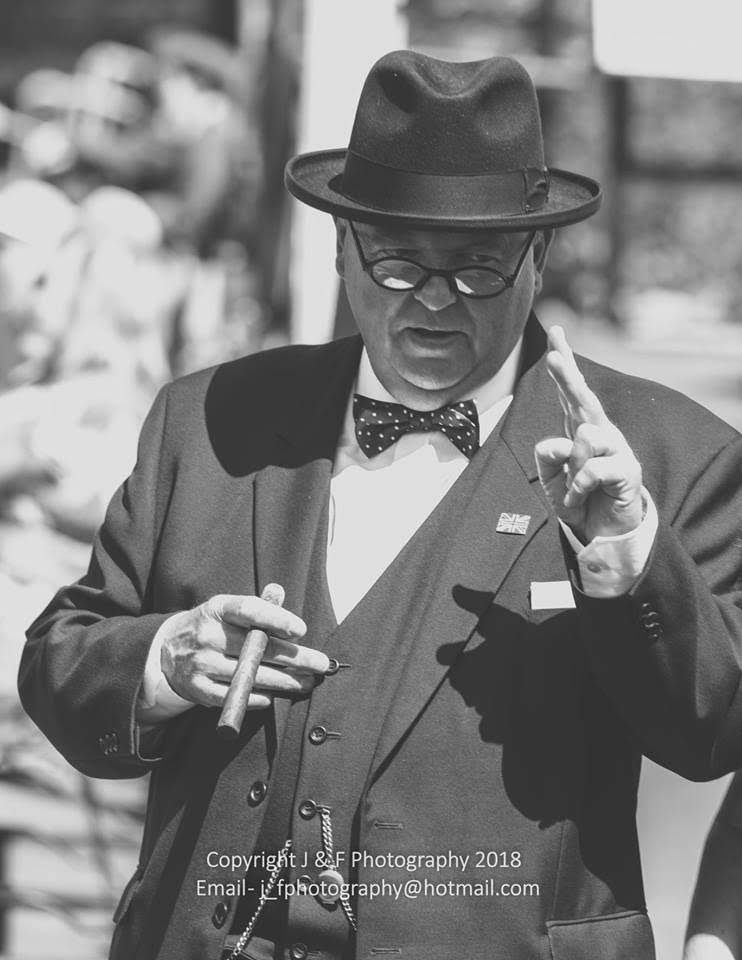 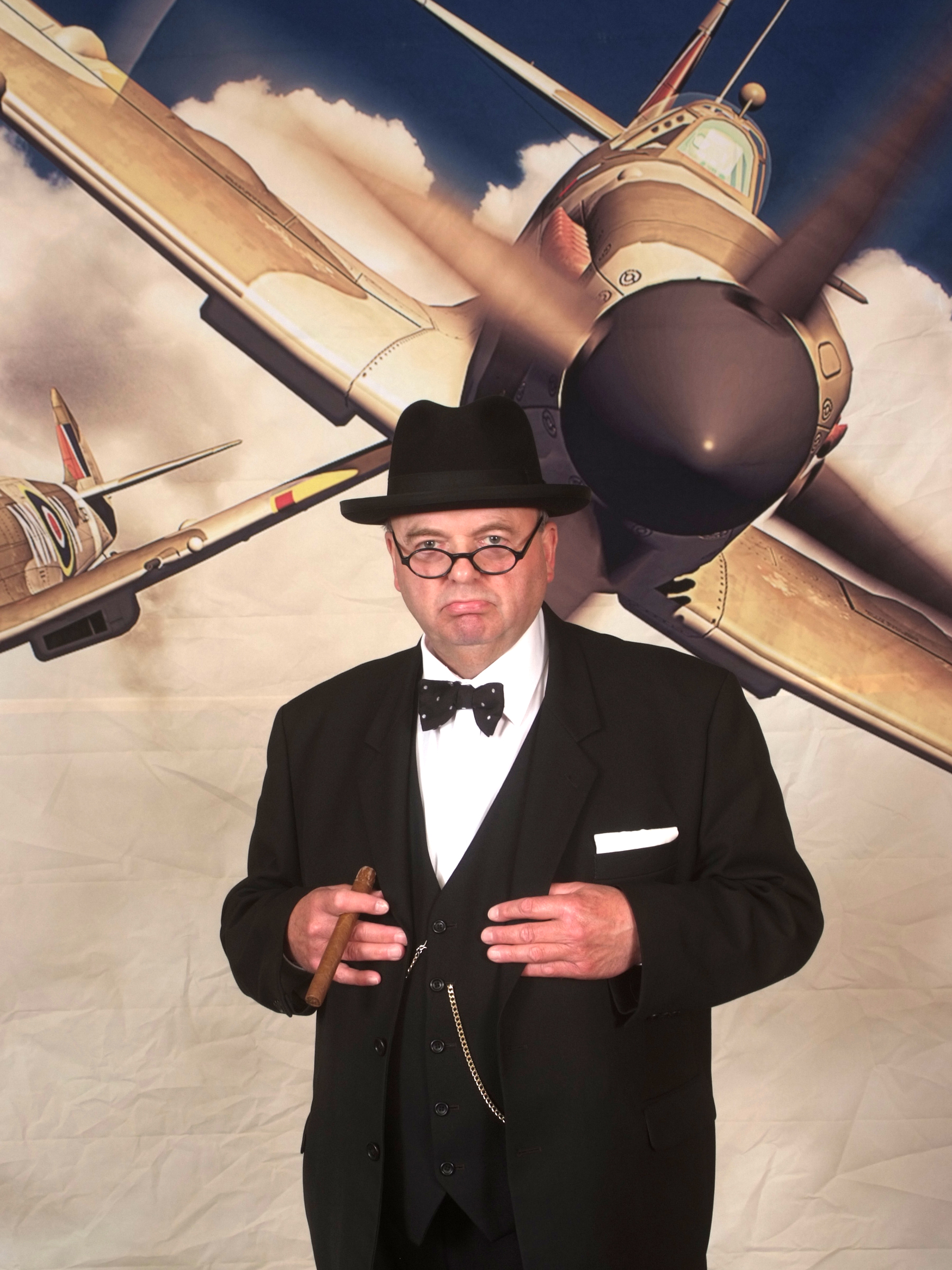 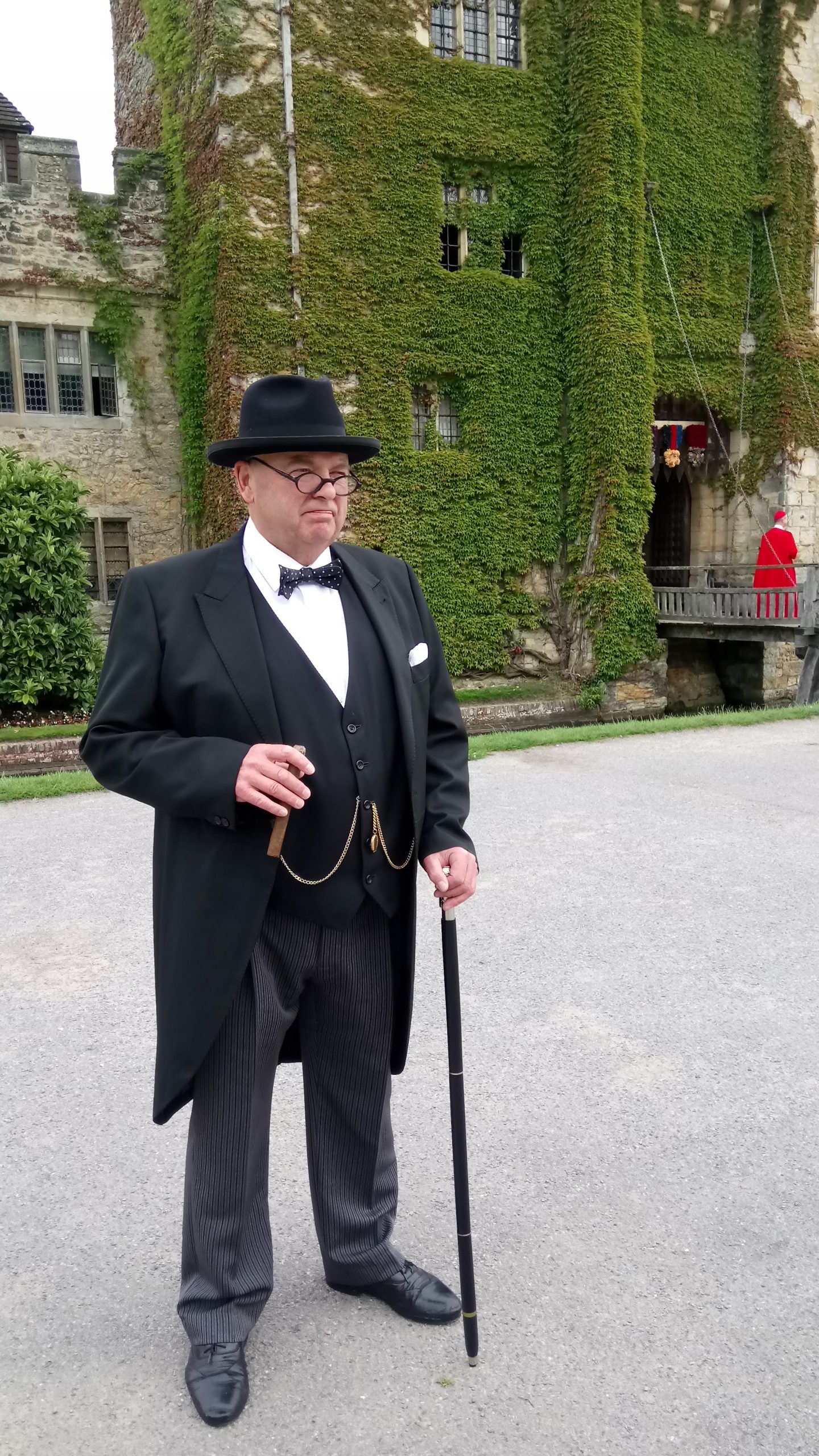 Actor, musician, entertainer and speaker, Derek has perfected his impersonation of the great leader and statesman Wartime Prime Minister, Winston Churchill to a fine art. Widely recognised as the only Lookalike capable of imitating Churchill’s voice accurately, he will bring an extra dimension to any event . Available for: meet, greet, mix, mingle, interact in any situation, MC, Auctioneer, Product Launches, Promotions, Host etc.. As a bonus, “Mrs Churchill” will accompany him for “The Complete Winston Churchill Experience” ! Derek works for corporate, military and private clients and has performed at many well-known and prestigious venues, often associated with Winston Churchill.

Derek’s characterisation has not gone unnoticed by TV/Film producers as he has appeared as Winston Churchill in BBC TV drama “Hustle” and continues to appear in BBC TV dramas produced and directed by Stephen Poliakoff including “Close to the Enemy” and “Summer of Rockets”.

Derek also has a significant key role as Winston Churchill in the feature film “Lawrence After Arabia” scheduled for release in May 2020.

GREAT TO WORK WITH
“We employed Derek as Winston Churchill for a very important launch event in front of a crowd of 300 of our key clients, retailers and press. It was essential we got this right. Derek was not only professional in his approach to the event, but great to work with and was only too keen to provide us with a great service. Not to mention being a convincing Mr Churchill!”
D WOODCOCK, BREMONT WATCH COMPANY

FIRST CLASS!
“Derek’s performance throughout the evening was first class. Its not easy to stand up deliver a word perfect speech that all individuals in the room can relate to. The contribution that Derek made to the night encapsulated the anniversary. It is such a memorable day that we should all remember and Derek’s first class performance did just that. He was polite and well mannered a real pleasure to work with. Thank you again”
P CORRAL-FG OFF STATION ADJUTANT RAF BENSON


BRILLIANT
“Everyone had a great time on both days listening to your talk on Winston Churchill and great portrayal of the man himself. Thanks again Derek-look forward to seeing you back here next year”
LANGHAM HOTEL, EASTBOURNE